JOE Biden had just been inaugurated president of the US, there seemed to be calm in the world. The word “insurrection” had become topical. In Pretoria, Moroccan Ambassador to South Africa was meeting a critical young journalist.

The snazzily dressed Youssef Amrani received Themba Hlophe at his official residence. The house is strikingly well furnished, the South African flag hung gloriously at the entrance. The interview was to be about Ambassador Amrani’s new book, a tell-all on the controversial subject of Western Sahara, titled: Moroccan Sahara: Understand the roots and dynamics of the regional dispute.

It would seem that Amrani was going to be unusually transparent. “It’s all on record. There’s nothing to hide,” he said.

The book is a neat and short format expanding on Morocco’s political position, one that has been the subject of numerous UN sittings. There is surprisingly no security in and around the massive house, an odd occurrence.

First strike: What was the motivation for writing this book?

“There is a lot of speculation, mistruths and propaganda. A lot of it is perpetrated by some very few isolated countries in the continent and in the media. Many make judgements without knowledge of the facts. I have deeply considered that the facts must come out. This book is that fact sheet.”

Is the Sahara the last colony in Africa?

“The assumption that the Sahara is the last colony in Africa is without substance and is derived from ignorance. It is crucial to understand that the Sahara issue is not, or at least no longer, a decolonisation issue since 1975.

“After Morocco’s liberation of the territory through the Madrid agreements, the Sahara issue is exclusively a question related to the territorial integrity of my country. So obviously clarification is needed when isolated countries still advocate for the organisation of a referendum while this option has been buried by the UN for two decades.

“Similarly, when these same voices confine themselves to limited understandings of the right of self-determination, or point out Morocco for various senseless reasons, then again explanations are required.

“With regards to the legality, there are over 70 resolutions of the UN Security Council and 120 reports of the UN secretary-general on the dispute. None of which ever referred to Morocco as an occupying state, nor have they referred to the Sahara as a territory under occupation or a colony.”

What of the Polisario, a political movement with rebel roots believed to be funded and housed by neighbouring states?

“Often in a desperate attempt to mislead public opinion, some parties (the Polisario and its sympathisers) like to refer to the General Assembly resolutions 34/37 and 35/39 adopted more than 42 years ago in a different context, the one of the Cold War. These resolutions are outdated, irrelevant and don’t reflect any more neither the position of the international community nor the wording of international law.

“The UN Security Council, the only body mandated to deal with the regional dispute, has defined clear parameters for the way forward. UN wording, and thus that of international legality, advocates for a political solution that is realistic, pragmatic, sustainable and based on compromise. All of these parameters are fully reflected in the autonomy plan presented by Morocco in 2007, which is the embodiment of the political solution desired and sought by the Security Council.

“In other words, this autonomy plan constitutes the one and only solution to this regional dispute, namely autonomy under Moroccan sovereignty.”

Is Western Sahara independent of Morocco?

“From a historical perspective, prior to the colonial period, the Sahara has always been part of Morocco. Several bilateral treaties, signed in the 18th and 19th centuries, attest to this reality. The International Court of Justice recognised unanimously, on October 1975, the existence of bonds of allegiance, between the kings of Morocco and the tribes living in the territory. No other country objected to the Moroccan claim and this was way before the creation of the separatist armed group Polisario.”

Is Morocco looting natural resources in the Sahara?

Amrani smiles as if taken aback: “Morocco has a just cause and a legitimate ambition. In its Saharan provinces, as elsewhere throughout its national territory, the kingdom has never ceased to promote the interests of its citizens. Never has Morocco been looting natural resources in the Sahara. Facts and figures speak to the contrary, for every $1 (R15.12) extracted from the region, the central government of Morocco has reinvested $7.”

What are the achievements in terms of human rights and freedoms in the Sahara?

“Human dignity is not a simple ambition, a slogan, nor a pious wish. It is indeed a constant and unwavering commitment of the kingdom of Morocco that reflects on every component of its public policy. At a time when some would like to point out Morocco, for obvious political purposes, the kingdom has continued with confidence, serenity and responsibility to move forward in its path of democracy and development.

“Morocco has a highly positive human rights record in the region. The reforms undertaken by the kingdom throughout its territory and for the benefit of all Moroccan citizens are widely praised by the international community as they are recognised as consistent with the rule of law, democracy and freedom.

“Morocco has taken a sovereign decision, that human dignity is fundamental as one of its main priorities with the sole ambition to meet and fulfil the will of its people.

Is the US recognition of Morocco’s sovereignty over its Sahara an isolated act?/ Did you poach Donald Trump to defend you?

“First we don’t need defence. History always defeats those who distort it. The international recognitions of the Morocanity of Sahara reflects the exponential and irreversible progress of a dynamic of law, coherence and fairness which condemns the marketers of division into profound isolation and penumbra. Through his active leadership, his strategic vision and his proactive action, his majesty, the King Mohammed VI, has set the course for a Moroccan diplomacy resolutely turned towards a future that fully honours the past of 12 centuries of history and ancient identity.”

As the interview concluded, I considered if Biden’s inauguration was a new era for America, Morocco and the world. I was impressed with Amrani. And throughout the hour I didn’t hear the slogan “Make Morocco great again.”

This interview has been published the same day in Pretoria and Casablanca, in the newspapers The Star and Challenge. Mahlangu is the editor of The Star “. 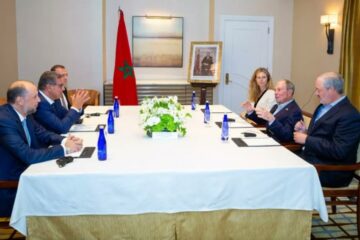 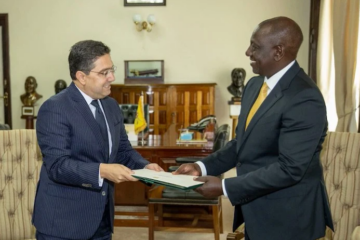 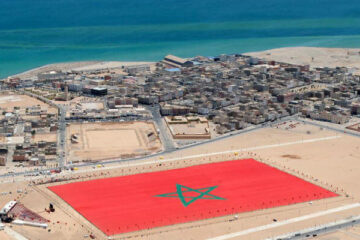 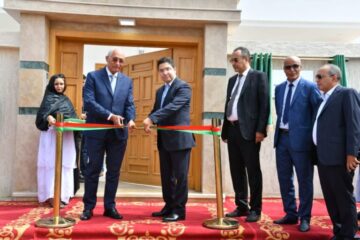 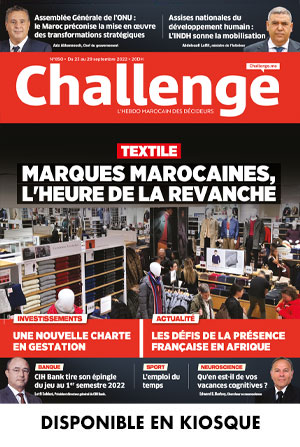 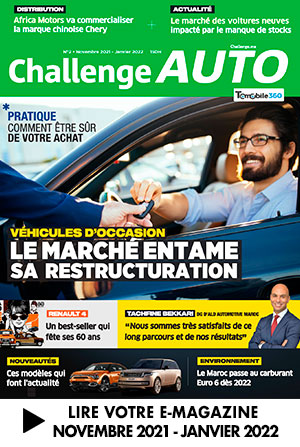